OBJECTIVE: To compare the applicability of the 2006 Brazilian Ministry of Health food guide questionnaire Como ter uma alimentação saudável (QGAS — How to have a healthy diet) and the 2013 National Health Survey healthy eating questionnaire (QA-PNS) for determining quality of life among the oldest-old (85 years and older).
METHODS: This descriptive, quantitative, cross-sectional and analytical study included 44 oldest-old participants from a multi-professional care project (AMPAL) in Porto Alegre, Rio Grande do Sul, Brazil, who were evaluated at home. Eating habits were assessed using two questionnaires applied by nutritionists and other health professionals. The QA-PNS score was adapted to the QGAS score to facilitate comparison.
RESULTS: Applying the QA-PNS was easier for non-nutritionists and was significantly related to the QGAS, with a correlation coefficient (r2) of 0.67. The women’s diet quality was better according to the QGAS (10 out of 18 items evaluated), but the men’s was better according to the QA-PNS (8 out of 15 items evaluated).
CONCLUSION: There was good correlation between the QA-PNS and QGAS questionnaires for evaluating diet quality in the oldest-old.

Keywords: longevity; surveys and questionnaires; healthy diet; aged, 80 and over.

As the population's age has increased in the last century, especially the proportion of the oldest-old (85 years or older), discussion of this phenomenon has also broadened, which has made the study of aging and longevity more challenging.1

According to projections by the Brazilian Institute of Geography and Statistics (IBGE), the percentage of the oldest-old will grow 8.8% per year over the next two decades. There were 1.5 million oldest-old in 2000 and projections estimate that there will be approximately 13.7 million (6.39%) by 2050. At this point, older adults will represent 19%, or one fifth, of the general population.2

Diet quality is influenced by sensory, visual, auditory and olfactory changes that lead to decreased food intake in older adults, which result in body composition changes, such as increased fat and decreased lean mass and water, and can affect these individuals prematurely.3 Schirmer4 used an adaptation of the Ministry of Health’s 2006 food guide questionnaire Como ter uma alimentação saudável (QGAS — How to have a healthy diet),5 finding that, when applied by a nutritionist, the food questionnaire efficiently assessed the diet quality of the oldest-old. However, when applied by a multi-professional team, there were explanation/interpretation difficulties with this population.4

Therefore, we searched the literature for questionnaires that could be used by non-nutritionists and lay researchers in older adults. The Pesquisa Nacional de Saúde (PNS — National Health Survey) was conducted by the IBGE in partnership with the Ministry of Health in the general population, including older respondents. The survey consisted of mostly closed-ended questions. Eating habits were investigated with 18 items on the food consumption frequency. Although applied to the general population (individuals between 18 and 104 years old), this instrument did not define diet quality parameters.6

Our search revealed a lack of epidemiological instruments assessing diet quality in the oldest-old and Brazilian studies on food intake in this population. Thus, this study aimed to compare the PNS and QGAS eating habit questionnaires in the oldest-old.

This was a descriptive, quantitative, cross-sectional and analytical study conducted between 2016 and 2017 in the Projeto Atenção Multiprofissional aos Longevos (AMPAL — Multiprofessional Care for the Oldest-old Project) with 44 participants identified in randomly selected census sectors of Porto Alegre, Rio Grande do Sul, Brazil.

All participants who underwent the initial AMPAL assessment and agreed to participate in this study were included, except those on enteral feeding during the study period or those with cognitive deficits. The evaluations were conducted in the respondents’ homes by a multi-professional team of evaluators. At first, the team (not necessarily the nutritionist) used an instrument to collect socio-demographic data and applied the PNS food questionnaire (QA-PNS).6 The QA-PNS was then reapplied by a professional nutritionist (the researcher), along with the QGAS.5

Diet quality was calculated using the QGAS according to Ministry of Health instructions.5 The carbohydrate level was calculated from cereal portions, with each portion (tablespoon) of rice, corn and other cereals divided by 3; each slice of bread was divided by 2; each slice of cake (without icing) was divided by 1 and each cracker or cookie (with or without filling) was divided by 6. The sum of the portions was classified as poor if < 3, normal if between 3 and 4.5, and good if > 4.5. The number of meals was considered normal if <5 meals/day and good if ≥ 5 meals/day. However, QA-PNS scoring was adapted to the QGAS scoring system, which is described in Chart 1. 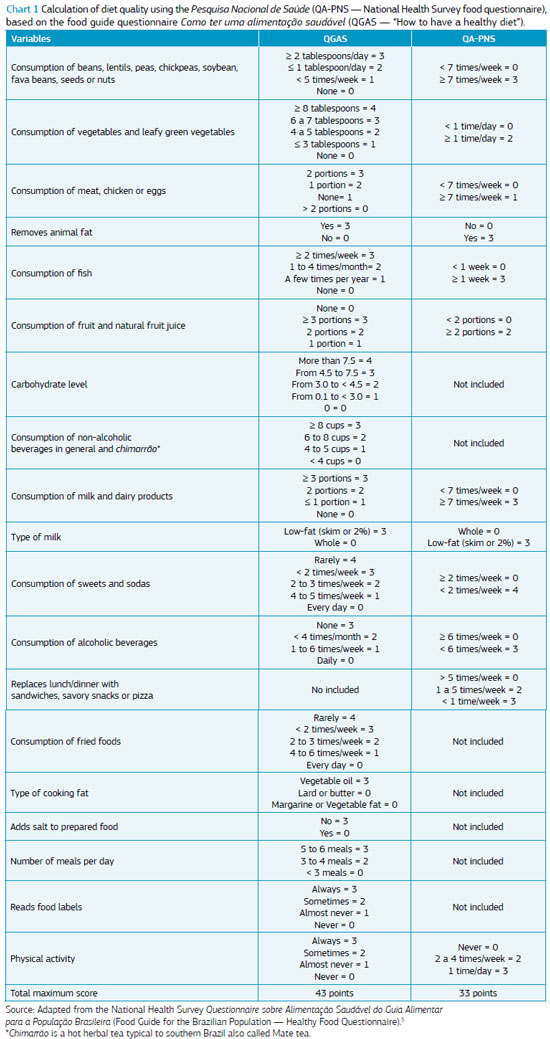 Table 1 shows the distribution of socio-demographic factors among the respondents. A total of 44 participants (88 to 100 years old) were evaluated, with a mean age of 91.4 ± 2.52 years, most of them women. White was the most frequent race in both sexes, with no significant difference. The most prevalent education level in the total sample was incomplete primary school (48.28%), although a higher percentage of men completed primary school (33.33%). Widowhood was the most frequent marital status, with a significant difference between the sexes (p = 0.018). 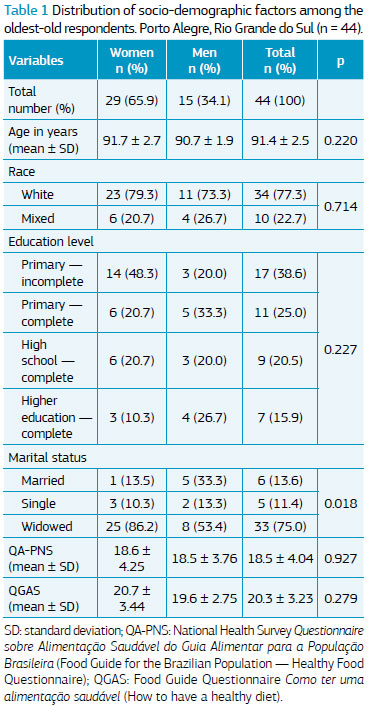 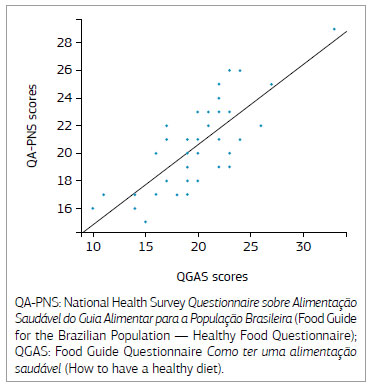 Figure 1 Dispersion of diet quality assessment results with the QA-PNS and QGAS instruments in the oldest-old.

Of the investigated foods, only alcohol consumption differed significantly between the sexes (p = 0.034). Men observed 8 of the 15 healthy habits investigated in the QA-PNS (higher consumption of milk, fruit/fruit juice, fish, removing fat from meat, eating fewer sweets and less salt, replacing fewer meals with snacks and getting more physical activity), while the women observed 6 of the 15 items (higher consumption of skim milk, beans, chicken, vegetables, removing skin from chicken and avoiding alcohol) (Table 2).

The aim of this study was to compare the scores of the QA-PNS with QGAS instruments when applied to the oldest-old. We observed that women had a higher number of healthy habits according to the QGAS (10 of 18), while men had a higher number according to the QA-PNS (8 of 15). The men’s answers were more consistent across the questionnaires (8 items in the QA-PNS and 7 in the QGAS). Although physical activity is not an eating habit, it was investigated in the questionnaires as a healthy lifestyle habit.

The finding that women were more often widows could corroborate the assumption that women have better diet quality, since they normally prepare family meals and are more concerned with health in general and, thus, married men have easier access to a more balanced and healthy diet.8

In the present study, alcohol consumption was higher among men in both instruments. Excess alcohol consumption in older adults contributes to the impairment of vital organs and the complication of chronic diseases. Preliminary analysis of the PNS data shows that in both sexes, older adults who reported never drinking were significantly older than those who drank at least once per month.6

The participants’ high consumption of vegetables is worth mentioning. A similar result was found in a study of older adults in Rio Grande do Sul, 2010:11 women consumed significantly more vegetables per week than men. Fresh fruits and vegetables should be eaten daily. The Guia Alimentar para a População Brasileira (Food Guide for the Brazilian Population) recommends that the human diet should be mainly based on fresh foods (daily consumption of 3 or 4 servings), whether in meals, side dishes or desserts.5,12

Unlike the QA-PNS, the QGAS includes information beyond dietary habits, evaluating the mode of food choice, meal preparation and the respondents’ food habits. There was good correlation between the two instruments for all the investigated food items (Figure 1), indicating that they are self-explanatory despite some differences (daily and/or weekly consumption/portions, attention to food labels, and replacing meals with snacks); these divergences were not obstacles to reproducibility among the oldest-old.

There were no significant differences in the other variables between the sexes, although it can be said that the women consume more healthy items than the men. It should be considered that there may have been differences in the application and interpretation of the questionnaires.

It is also worth mentioning that the nutritionists were trained in food portioning techniques, as well as in the application of questionnaires on eating habits in different developmental stages. The other members of the project’s multi-professional team had been previously trained by the nutritionists to apply the questionnaires in the same manner. However, while applying the instruments to the oldest-old, interpretation difficulties may have arisen on both sides. Nevertheless, despite the influence of internal factors (e.g., participant age, cognition, and education level) and external factors (interviewers), we find that assessing diet quality in older adults with these government instruments is both valid and reproducible.

Although easily reproducible and understandable, we point out that some improvements and adaptations in the questionnaires would be appropriate, especially regarding cultural and regional issues, so that the instruments accurately reflect local profiles and food quality. We found it useful to add a manual of home measurements to help the respondents better visualize food portions, as well as to addresses lactose and/or gluten free diets or other dietary restrictions for a more accurate investigation. In addition to these items, we observed that the presence of a nutritionist was a positive and necessary step for training other health professionals about the questionnaires, thus achieving a correct approach and, consequently, correct responses from respondents.

As study limitations, we point out that working with the selected age group was a challenge due to their advanced age and, in some situations, restricted contact with those outside the social and family circle made it difficult to access a larger sample of long-lived survey participants. The fact that the study was conducted in a single city was also a limitation, although different census points within the city were considered in an effort to find the most heterogeneous and representative sample possible.

We observed good correlation between the QA-PNS and QGAS questionnaires for evaluating diet quality in the oldest-old, and the QA-PNS was easily applied by a non-nutritionist health professional. Since similar dietary patterns were found in both instruments, both can be used in current and future nutritional interventions, as well as epidemiological research in the oldest-old.

The authors would like to thank the Brazilian Ministry of Education (CAPES, Finance code 001).

Conflict of interest: The authors have no conflicts of interest to declare.